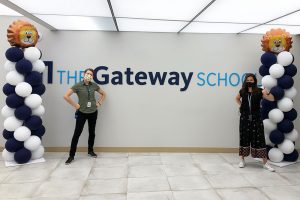 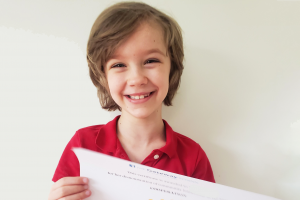 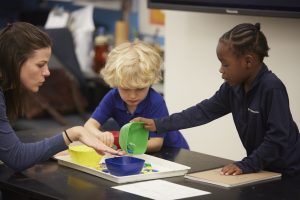 Founded over 50 years ago, Gateway was one of the first schools of its kind and, today, is very proud of its history as a pioneer and leader in the field of special education.

In 1964, a prominent advocate for a child’s right to an education, Martha Bernard, introduced an educator at Columbia University Teachers College to a mother who could not find a school that would accept her son.  Building on principles elucidated from her study and her widely acclaimed demonstration classes at Teachers College, Elizabeth Freidus joined forces with Claire Flom to establish The Gateway School of New York.  Their mission and vision were to teach bright children who had trouble learning how to learn, to educate their families and the professional community about the nature of learning disabilities, and to develop and disseminate effective instructional approaches and programs for students with special needs.

Over the years, Gateway has remained deliberately small, yet expanded and relocated in response to parents’ demand for its reliably effective approach to equipping students for successful transitions to mainstream schooling.  The highlights in Gateway’s history are:

Coupled with the implementation of a new, comprehensive independent school curriculum designed to meet the learning needs of its entire student body, Gateway looks forward to developing its future generation of students into skilled, strategic learners ready to realize their potential in school and in life.