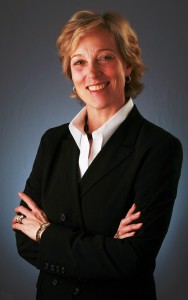 During her tenure, Carolyn led the school through a remarkable period of redefinition, which began with focusing on and streamlining Gateway’s mission. Carolyn’s relationship with Gateway began in 1998 when her son Benjamin Salzman ’04 first walked through its doors. Since that moment, she has remained devoted to ensuring that the school continued to grow and thrive.

In 1999, Carolyn was elected to the Board of Trustees and served as Chair from 2001–2005. In this role, she oversaw the expansion of enrollment, relocation to a permanent facility, and the stabilization of school finances, including the appeal of the funded tuition rate and the establishment of a Development Office. To restructure the school, she initiated a reorganization that included reordering the overall administrative structure and redefining roles, formal program evaluation, redesign of budgeting and accounting systems, implementation of reporting and control procedures, and revision of teacher compensation and benefits. Her Board committees have included Co-Chair, The Campaign for Gateway 1999–2002, Head of Program Committee responsible for quality and cost of a new Middle School program, and Head of Audit Committee.

In 2013, she was appointed Head of School. In the ensuing seven years, the school grew to nearly 200 boys and girls ages 5 to 14. In June 2014, the Board of Trustees adopted a strategic plan that she successfully led to secure Gateway’s position as one of the premier independent schools serving students with special needs. Under this plan, the school successfully:

In March of 2020, when the global COVID-19 pandemic hit New York City, Carolyn seamlessly transitioned the school to a distance learning program. The online learning platform impressed parents, faculty, and students with an exemplary system that remained consistent with the school’s pedagogy and mission.

Over the years, Carolyn Salzman has demonstrated her gratitude to Gateway and her passion for the school’s mission and its unique and successful approach to teaching children with language-based learning disabilities and attention deficits. She has been a key visionary in The Gateway School’s legacy, and her inspiring leadership has had an indelible impact.